I don't know about you, but when I was growing up I always remember my mom having 2 different sets of towels in the bathroom. There was the 1 on the back of the door that I was more than welcome & highly encouraged to dry my hands on & then there was other set of towels that I was absolutely positively never allowed to even think of drying my hands on. My mom said they were for "guests only". Now as a child, this concept totally baffled me. To me, both of the towels looked exactly the same. But none the less, I heeded my mom's command & almost never wiped my hands on those forbidden towels. I swear, that woman must have had hidden camera set up or something, because she always knew if we even thought about drying our hands on them, lol.

Now that I am adult, I am apprehensive to admit that I also have "forbidden towels" in my bathrooms, lol. I mean, they are towels that match the bathroom just so perfectly & if you were to have to continue washing them every time they got dirty (even if you had tons in reserve) with 5 children those bad boys would be worn out in no time! So, they are off limits to anyone below 5ft (I know, rub it in. I barely made the cut). Now as much as those little kiddos try to obey my rule, I still had issues with them leaving the "home team" towels in not so presentable position every time they would wash their hands-They would fall on the floor & they were too short to put them back up or they would wipe their hands on the towel leaving sticky evidence before even washing their hands). So, after awhile I threw my hands up in surrender & decided that something else had to be done!

I present to you, Kleenex Hand Towels! For a family as large as ours with tiny kiddos constantly needing to wash (and also mommy & daddy after many diaper changes), this was the perfect solution for us. I don't really prefer the look of paper towels in a bathroom setting normally, but I think Kleenex does it pretty classy with the different stylish boxes you can choose from. They only run about $3, they match the bathrooms well with their neutral colors, they last pretty long (3 weeks for us), & are as soft as can be. I did have to get rid of 1 set of my fancy towels so that the box could rest on the towel bar, but I still get to have 1 fancy hand towel hanging next to the sink! They can be found in the same section as toilet paper & paper towels at your local grocery store. 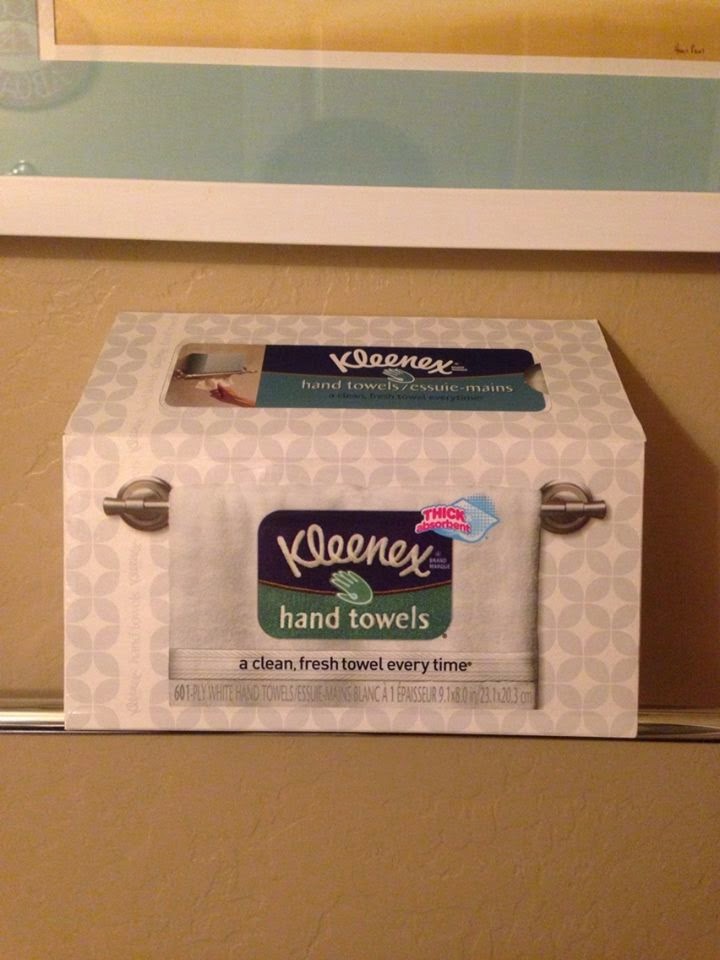 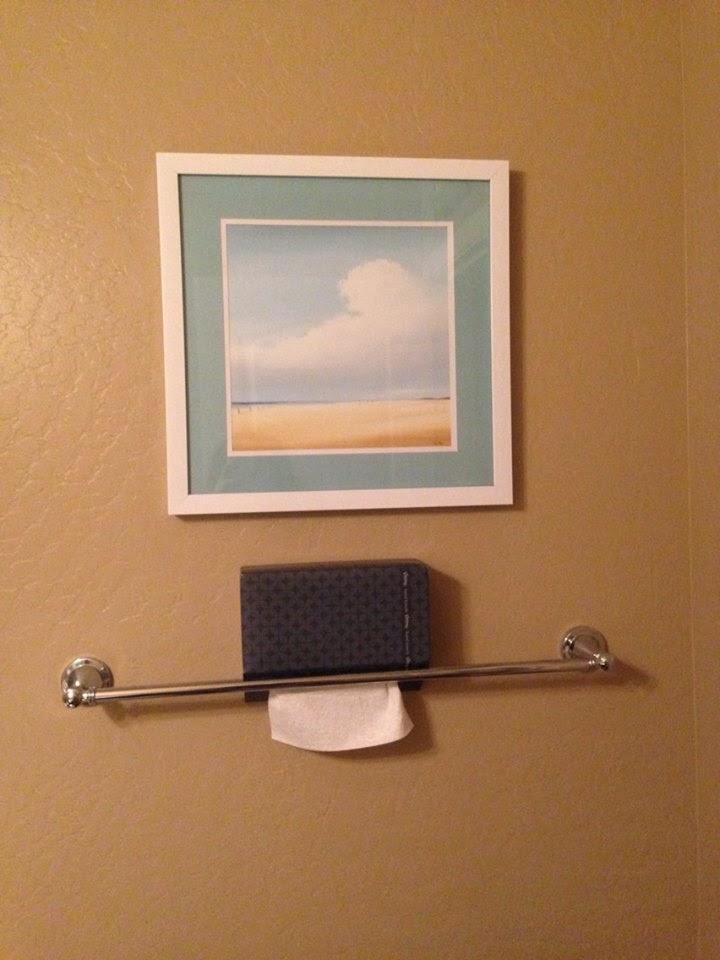 I highly recommend this product especially if you are like our family. Messy & fun is how we roll! 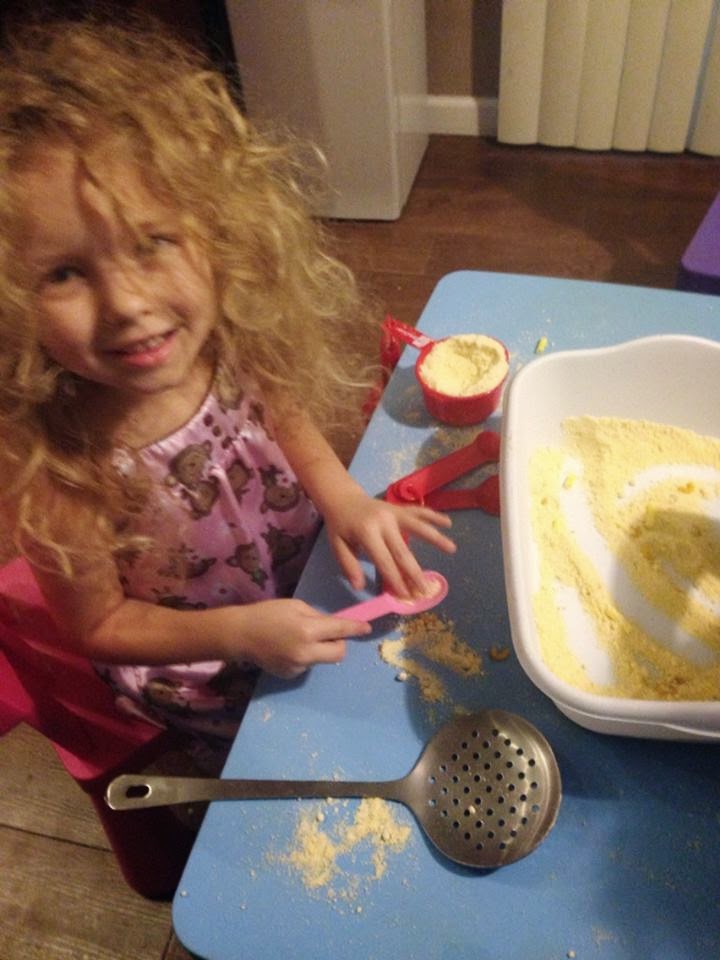