Showing Them U R SPECIAL!

It is 1 thing to TELL your children that they are special and important, but it is a whole new thing when you actually SHOW them. The words we say mean a lot, but actions mean a whole lot more. Words can really help drive home a concept for children & help them to truly understand, but it is when those words are consistently accompanied by actions, that the child can truly believe and internalize those words. A great time to start celebrating a child's differences, individuality, and God-given uniqueness is pretty much right away, it is never too soon!

I think the first thing to establish is that while we should let our children know how beautiful or handsome they are, looks should definitely not be our primary focus when it comes to letting our children know how special they are. Not only is "beauty in the eye of the beholder", but looks are external and superficial, only a small piece of their make up. Looks will only get a person so far in life. Besides, as parents, we must be conscious of the fact that outward focus can be detrimental to inward development. I will say though, if your child has some unique feature about them that some people, later on in life, might choose to try to turn into something negative, it is a good idea to build up their security in that particular area right away. For example, I am quite short & have freckles. While growing up my parents would always "pump up" how cool & unique it was that I got blessed with something as special as my freckles and that my freckles gave my face personality. They also let me know that my short statue was also "a plus" for me because that is the way God made me and it actually allowed me to do some activities longer than most kids. Later on, when I ran into people who tried to turn these features into negative points about me, it carried very lil' weight because I had already learned early on to embrace and celebrate the uniqueness of these aspects of my external self.

Now, on to how to build up a child on the inside. Celebrating what a child is good at (skills & talents) and continually voicing these things to them is so important, "You are such a great artist. I love how you made that tree big & purple, so creative!". Each child is different & will excel in different areas & that is a good thing! We should cultivate those interests & talents the best way that we can. We should try not to put limits on them, but let them dream BIG in the directions that they tend to favor, why not? Letting them know they are capable is a big step towards them realizing they are special just the way they are.

Another thing we need to keep at the forefront of our minds is the fact that children (even toddlers) are A LOT more insightful than we might think. We can tell our children they are special & important all we want, but they are going to recognize when we are constantly prioritizing the cellphone ahead of them, watching television, cleaning constantly, and/or doing stuff on the computer. A child will equate priority with importance. These actions are going to speak volumes louder to them than your words. Sometimes you might even be forced to somewhat "ground" yourself from these things by making yourself put them away or turn them off until nap time or until after the kids get to bed. You definitely don't have to play with your kids & talk to them 24/7, otherwise they will become completely dependent on you, but usually the problem lies with us not spending enough time rather than spending too much time playing with them. And when we give those other activities priority over our child, we are sending them a clear message about what is more important.

Taking the time to really talk with (and listen to) your kids plays another huge part in making them realize just how special/important they are. Asking them how their day went, caring how something made them feel, asking about what interests them & so on, will not only let them know that you care, but it will also help them develop excellent communication skills. Getting down on their level as they talk to you (at eye level) & giving them your full, undivided focus and complete eye contact is key. And later on, you can really "knock their socks off" by referring back to that conversation you had with them. Developing this rapport with your child, not only builds the parent/child relatonship and opens up essential lines of communication, but by repeating & referring back to what they say to you helps solidify for them the fact that you were really listening & cared about what they had to say.

One-on-one quality time is SO important to kids. You might have to be really creative in making it happen if you have more than 1 kid, but you can do it. Just taking that 1 child into the store by themselves or letting them stay up just a lil' bit later than the other sibilings 1 night so you can play a board game with them will speak volumes. If you play close attention then you will realize that the kids that fall between your oldest & youngest crave your special attention the most. The oldest already tends to get to do stuff 1st & the youngest is usually extra babied. 1 awesome thing you can do for 1 on 1 time is try to incorporate activites that you know that child has a special interest in. For example, my two year old daughter, Asher, loves to build things, so for a special project I would try to find something aimed in that direction for her.

This last point, I would really like to strongly emphasize, and that is, as hard as it may be to not do, do your very best to refrain from EVER comparing your children to each other. They will already have a tendency to compare themselves on their own. Never say "like him" or "like her". This can send the child a message of self inadequacy and/or that "him" or ""her" is better than they are and/or the better way to be. So just try your best to let each child know that they are special just the way they are & just work through their different challenges that come along, 1 step at a time. Each & every child is going to be different & that is a good thing! 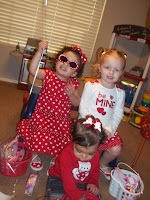 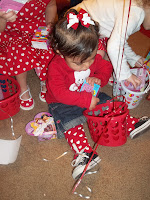 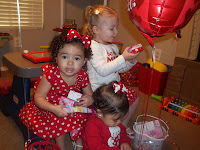 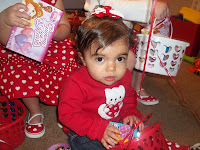 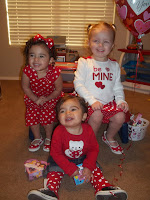 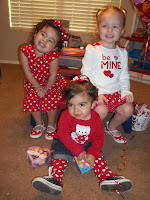 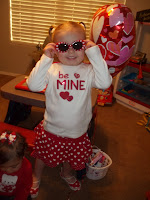 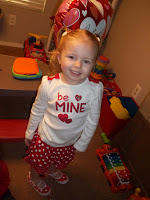 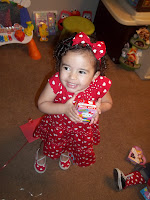 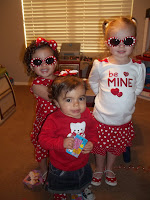