1 of the things definitely guaranteed when raising kids is once you overcome 1 hurdle/challenge, soon enough there will be another shortly arriving. Raising kids is a marathon, not a sprint. We can't afford to just be good starters, we have to give it all we got not just in the beginning, but in the middle & all the way through the "end" as well (which is not 18).

I think "consistency" is where a lot of us tend to fall short. We can easily get discouraged when we don't find the solution to a challenge right away or nothing appears to be working at first glance. The truth of the matter is, raising kids is a lot like gardening. Those things need a lot of tending & a lot of time before finally we see the results we have been working for (a flower doesn't bloom in just 1 day). An attempt to cancel out a negative new behavior a child might have developed is not going to just take you disciplining or scolding them for it once & magically it will disappear.

For example, raising my kids eating lots of vegetables & a minimum of sugary sweets has always been very important to me. From the moment those lil' girls started eating solids, vegetables have always been top priority. My husband & I also make sure to model a lot of vegetable eating because of how important they are to a well balanced diet. Well, despite our efforts a few months back Asher suddenly out of the blue decided that she was over this whole vegetable thing (wah-laa, a new hurdle!). This came as a total shock to us because normally our kids are the least picky eaters you will ever come across.

Well, we continued putting vegetables on her plate every lunch & dinner meal we presented to her. We don't force our kids to eat all of their food if they are seriously full, but finishing their vegetables is always a MUST! Asher would seriously take 1 bite of her vegetables, no matter what kind they were & just keep it there in her mouth, refusing to chew. My husband & I had to stick together & had to stick to our guns no matter how we felt. She had to finish at least her vegetables before being excused from the table. We disciplined how we needed to & even if it took a 1/2 hour after everyone was done eating, she never left the table before finishing.

Some might think that was so mean & others might think that because of doing this Asher was going to end up hating vegetables by the end, but I know my daughter & by the look on her face you could tell it was more of a challenging mommy & daddy thing. She tried to test & manipulate, don't underestimate your kids because they are extremely smart. She tried & tried to see if she could push that boundary of veggie eating that her father & I had set into place long ago, but we love that lil' girl far too much to give in. No bribing her with dessert or special activities, she simply needed to eat her vegetables because that was what was right.

It seriously took a full month & at times I definitely felt discouraged & outright confused as to why this had suddenly happened to our once veggie-lovin' curly top. But suddenly 1 night at dinner Asher finished her broccoli before any of us had made a dent in our dinner plates. She turned to me casually & said, "Mommy, I finished my 'broc-lee' all gone! Can I have a lil' more?". I almost fell out of my seat. It took a lot of hard work  & consistency on my end, but because we had refused to give up or give in, we finally had breakthrough. Now, Asher is right back to tearing up her salads & carrot sticks like she used to & that stage is something in the past, but I am so thankful I have that lil' memory to look back on.

It is a parental testimony to not just others, but myself. There are times I really wanted to throw in the towel & just let her get away with not eating every single cauliflower on her plate. I hated the special days that everyone else had finished their food & got a scoop of ice cream, but Asher had to miss out. There were times I was just so tired out & thought to myself "One time of just letting it slide won't really hurt anything", but the fact of the matter it that it would have for sure! It does help when you & your significant other are on the same page about things, but sometimes it might just be you who is willing to stand strong & you CAN do it! It just might be a tad bit harder.

Is this going to be the last of the challenges I see from my lil' Asher? Absolutely not, but I am ready for whatever else lies ahead. Our kids are not perfect, neither are we, but if we stick to training/disciplining/being consistent with them then the road does get easier. Put the time in now, don't put it off for another day. You can't afford to let certain behaviors "slide", not even for "just this once". You owe it to your kids & you owe it to yourself! 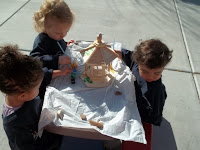 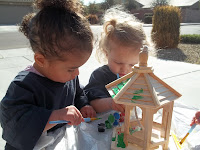 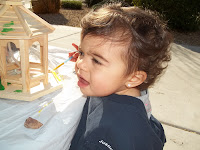 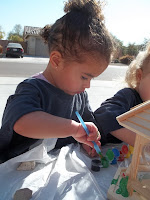 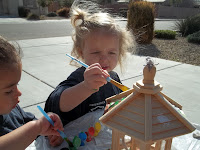 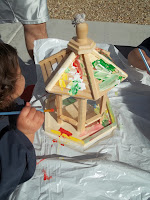 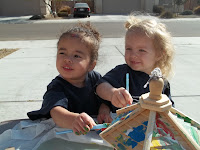 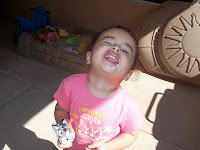 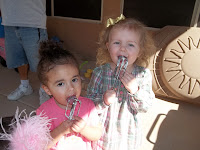 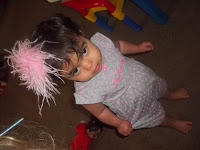 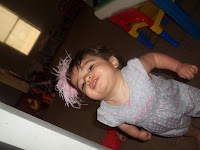 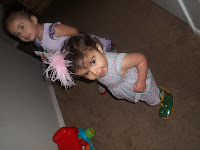 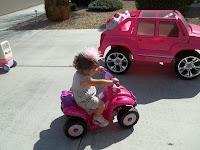 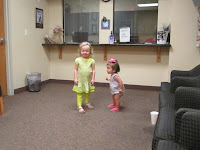 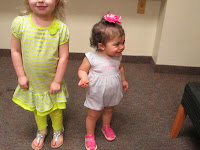 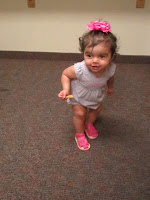