Fake It Til' You Make It!

In relationships, I think it is very important to take interest in what your significant other is into. Now in reality, some of their hobbies probably don't exactly peak your interest like maybe fishing, hunting, racing cars, camping, sports or whatever it may be but when you love someone you sacrifice & make it a priority because it means so much to them. We may not really see what the hoop & hollering is about when that new video game comes out or when their favorite team scores a touchdown, but because it means so much to the one that we love I believe we should put forth the effort to try & understand it & care.

Now as ladies, I think sometimes we get a lil' irritated or sometimes mad even when our husbands roll their eyes when we start talking about that new pair of hot heels we just spotted at the store or the exciting developments unfolding on 1 of our favorite shows, but let me ask you this have you been doing the same thing over what he finds interesting? Well, sometimes you have to sow in order to reap, give in order to hopefully get, & model the behavior you hope your significant other will someday exhibit.

Recently, my husband decided he wanted to start playing the guitar. At first, I have to admit I was a lil' skeptical. Was this just another 1 of his "kicks" that he would be completely over in a few weeks or was he really serious this time around? I decided instead of rolling my eyes & standing back doubtful, to put forth the effort to pump my husband up & encourage him. What harm could this do? I would want him to support me in a new venture I might try to take on. After all, sometimes you  never know until you try-he might be a musical protege in the making! So, I not only chose to voice my support, but put some action behind it as well & bought him a guitar for his birthday.

I can't tell you how many nights I spent taking the time to sit down on the couch with him after the girls had gone to bed to see what new thing he had learned & was so excited to show me. There were times I have to admit I would have rather been typing up a new blog post, catching up on some laundry, or spending some time with my dvr but I knew it was more important to show my husband that he is the MOST important. And you know what, he has gotten really good in the last 2 1/2 months. I am quite impressed! Now, I actually look forward to being serenaded with his guitar nightly, lol. In a sense, I "faked it until I made it". I definitely dislike the word "fake", but it really does capture the point I am trying to get across. Sometimes you may not "feel" like showing interest & taking the time, but you have to look at it like an investment. For example, you may not "like" the actions you have to put forth to get into shape, but after awhile once you see the benefits, it becomes worth it & a level you might start learning to like it.

Football, this is another hobby "Super J" is really into. No, not just really, but REALLY into. I personally was not raised on football & initially I did not know too much about it, in our house it was all about THE BULLS & Jordan, but when I married my husband I knew it was something I needed to change. It started out with forcing myself to sit on the couch from time to time to watch a few games with him. Because my husband chooses not to put football games ahead of the girls & I, that also made me want to put forth a strong effort on Sundays & Mondays to make sure I had him change a few less diapers & feed a few less bottles during game time. I wanted him to know I supported his "love for the game" & appreciated how he did not put this hobby above us. As time went on, I even decided to do some high tech C.I.A. style research & learned some of the terminology, players, stats & so forth. I can't tell you how shocked my husband was the next time I sat down to watch a game with him & I pointed out some "in depth" thing on a play that just happened. I wanted my husband to know that I love him & if something means a lot to him, then it also means a lot to me too! Now I will not go so far as to say "I like the Cowboys!", but I guess that is just because I like teams that actually know how to win ;)

I have to say, since I have made it a priority to find an appreciation for the things my husband enjoys, I have definitely started to see him start to put forth the same effort towards my likes. My husband will actually sit down & watch some of the shows that I enjoy. He never ceases to amaze me when he refers to one of the character's by name or can actually recall part of the storyline from the last week. Now, do I think my husband truly enjoys every show I watch, probably not, but he makes it important to him because it is important to me. I think it is so sweet & even if he will not admit it, I think with some of my shows I have converted him into an undercover fan! Lol. I love it when my husband refers back to one of my posts or points out some stylish new bag he saw because he knows its something I am into & he wants to put that effort in.

Another great thing to do in addition to showing interest towards the hobbies or "likes" your husband/wife is already into, is to begin to find activities & interests that you both honestly love & can enjoy together. My husband & I both like being active so hiking is something we both like to do during the cooler weather (however short that might be in our state). We also both enjoy home improvement things so we find time to enjoy browsing furniture stores, home improvement stores, emailing each other pictures of new ideas we have found, watching "Property Brothers" together, & so on. It brings us even closer & its just fun to us.

Taking interest in your significant other & all that they are into also can mean noticing the little things. In my personal opinion when my husband is able to word for word repeat my favorite drink for Jamba, order from memory what I always get from Panda Express, or identify when my favorite magazine comes out with a new issue I do not have yet-That's impressive! It makes me feel important that he knows, that he actually remembers.

The whole point to what I am trying to say is that when you make that effort to take interest in what means a lot to your husband or wife, you are letting them know that they are important & you care. Even the little things will speak volumes! 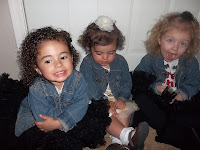 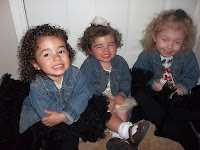 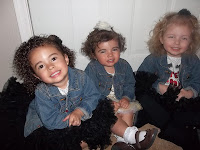 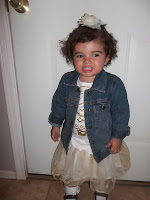 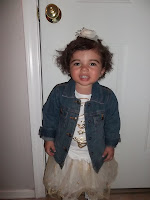 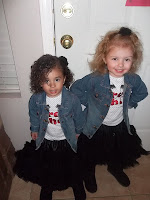 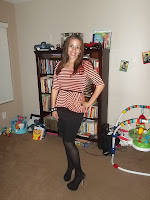 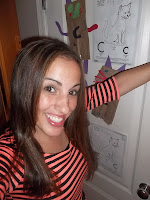 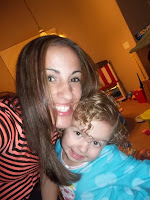 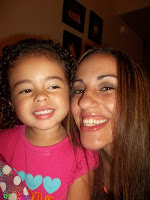 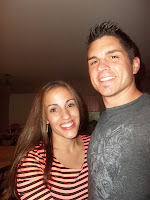 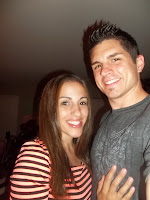