Whether you are a parent or not, pretty much everyone has been a witness to a child having a meltdown. At the grocery store, toy store, park, movie theater or wherever it does not matter-Children can have a breakdown anywhere over just about anything. Kids are still learning & growing & something that we may see as so minimal & seemingly meaningless can seem so huge & devastating to a child.

The other night after bath time I sent the girls ahead of me to get started at putting their pajamas on. Suddenly, Asher started crying. No, not just crying. She started cah-rye-ing. I quickly rushed to their room to see what on earth could have happened. It took a few seconds to calm her down & get it out of her, but I guess she was upset because somewhere between the pajama drawer & her bed she had lost track of the pj's she picked out to wear (her favorite ones). I definitely wanted to roll my eyes for a moment there & tell her to "get a grip", but I had to stop myself & understand that to her this was a big deal & worth crying over even though I did not. I needed to first validate her feelings because I want my daughter to know it is okay to have an emotion & express it, but then it was my job to know teach her that their are different ways to handle certain emotions that are more affective than others.

I proceeded to get down on her level & grabbed her hands so I would have her full attention & remained calm as I said, "Asher, take a deep breath. What might be a better way to solve this problem rather then crying about it?". It took her a second, but she soon calmed herself down & responded, "Instead, ask for help". We then all worked together to look around the room & found her pajamas relatively quickly. This is the start of minimizing meltdowns. First, as parents we need to validate our childrens' feelings over a situation (even if we do not always completely understand them) & then calmly help them to understand the best/most productive ways to handle those feelings. Asher was sad her pj's were lost, that was first acknowledged, but then I was able to teach her that crying over them being lost was not necessarily the most productive way to get the problem solved. It is also important to note that what occurred here was not a fit-type meltdown where her heart was wrong or she was exhibiting "brat-like" behavior. Those situations need to be handled in a totally different way & I will touch on that later.

Another step in minimizing meltdowns is forewarning. I can not emphasize this step enough. When a child is having a blast at the park & then you suddenly tell them its time to go, you are almost setting them up for a meltdown. Kids are just learning the tools to deal with feeling disappointed & not always getting their way & as parents we can help them through this process by offering a few warnings before they may have to experience these feelings. While your child is having so much fun on a play date at their friend's house, 15 minutes before it is going to be time to start cleaning up give them a vocal warning, "In 15 minutes we are going to need to start cleaning because it is going to be time to go". Here, you have planted the seed in the child's mind that they need to prepare themselves that soon the fun is going to have to stop for a lil' while because the play date will be over. Give another warning around 7 minutes out saying pretty much the same thing & helping them mentally prepare. Then around 2 minutes out tell them to enough their last thing like going down the slide one more time or driving that race car around the track once more because it is now time to clean. At this point if they choose to still have a meltdown, they are the 1 that has decided not to make a good choice here-You have done your part. I would try to calm them down by getting on their level & talking to them once more, giving them that chance to turn it around & obey what it is you have asked them to do & if they choose not to then you have to be consistent & discipline them. Make sure that when you give them that last chance talk, you do not do it loud & totally humiliate them in front of others & if the next step in discipline has to be made, I would highly recommend doing that in the privacy of a bathroom.

Kids & meltdowns are going to occur no matter how well behaved your kids may be, but when you do your homework they will be fewer & further between, the scale of drama with them will be much less, & they will probably occur in public less often. Sometimes your kid is going to have an "off" day, maybe they have not been on their normal schedule or they are extra tired, but we still need to handle business (not make excuses) & while still acknowledging their feelings, help teach them the best way to resolve the problem & conduct themselves.

Now, onto the meltdowns that are more "brat-like". For some reason I usually witness these occurring at stores when kids do not get what they want. First of all, not letting your kids hold things in the store that you do not intend to buy for them is a good step. It is like what I talked about earlier when you just say "We are leaving" without offering them any warning at all. You are kind of teasing your child & provoking them to "evil". They should not have the attitude that every time they go in a store they need to get something. Not every time they go to the movies do they have to have a thing of popcorn or an ICEE. When you notice an entitlement attitude creeping up in your child, it is time to shake things up & change. The road might be a lil' rough at first, but I promise you that accepting your kid throwing tantrums is going end up being the tougher path later on down the road. What is easiest, is not always best! If your child does throw a tantrum & have 1 of these types of meltdowns, every time you have to stay consistent in your plan of action. I recommend every time giving them 1 warning to try & change their behavior & then taking the next step of discipline every time if needed. If your child knows you are always going to be on your game, they are less likely to challenge you. Sometimes is that going to mean stopping in the middle of shopping for groceries to handle business? Yes. Sometimes is that going to mean several trips to the bathroom because the first may not have worked & they still decided not to change their attitude? Absolutely. But it is worth it. Consistency is vital.

Meltdowns are something you are going to have to deal with as a parent no matter how good your kid is, but we can take steps to minimizing them! 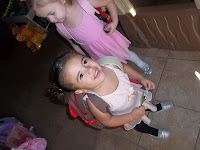 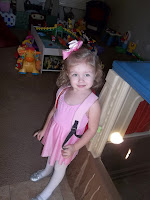 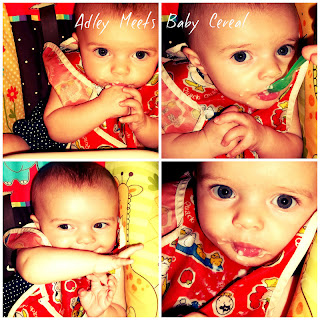